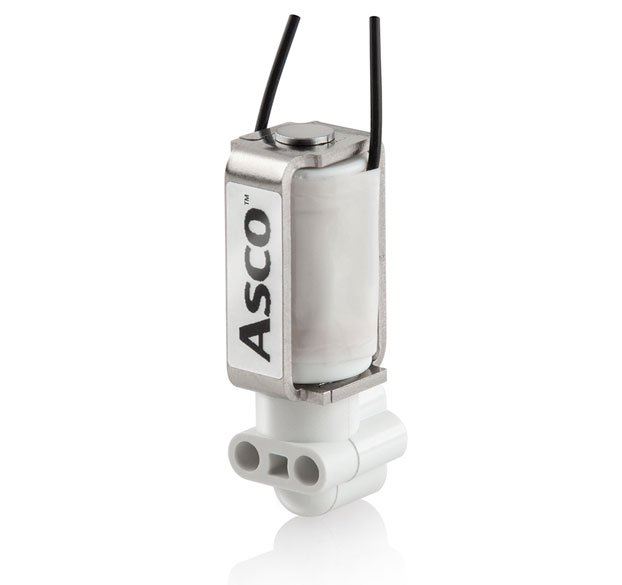 Originally developed as a two-way valve for air and inert gases in portable medical devices, the Series 090 valve features a compact architecture, small (10.8 millimeter) footprint and 50 million cycle
life for maximum reliability. And, because the new three-way configuration of the Series 090 valve can perform the same mixing and diverting functions as a pair of two-way valves, it further simplifies the design of small, high-precision gas delivery systems for oxygen and other home-care devices.

Like all Series 090 valves, the new three-way valve is built to maximize gas flow, with a flow-to-size ratio that is well suited to portable medical device applications. The valve body is molded from polybutylene terephthalate (PBT) plastic, with seals made of durable fluorocarbon (FKM) elastomer. The Series 090 actuator combines high reliability with low power consumption, so battery life and device longevity are maximized. The Series 090 valve is also compliant with all relevant Restriction of Hazardous Substances (RoHS) and Conformité Européenne (CE) directives.

Coupling with Special Thread Replaces Various Adapters at once

Large, heavy parts varying in size are presented to a robot where a PHD...